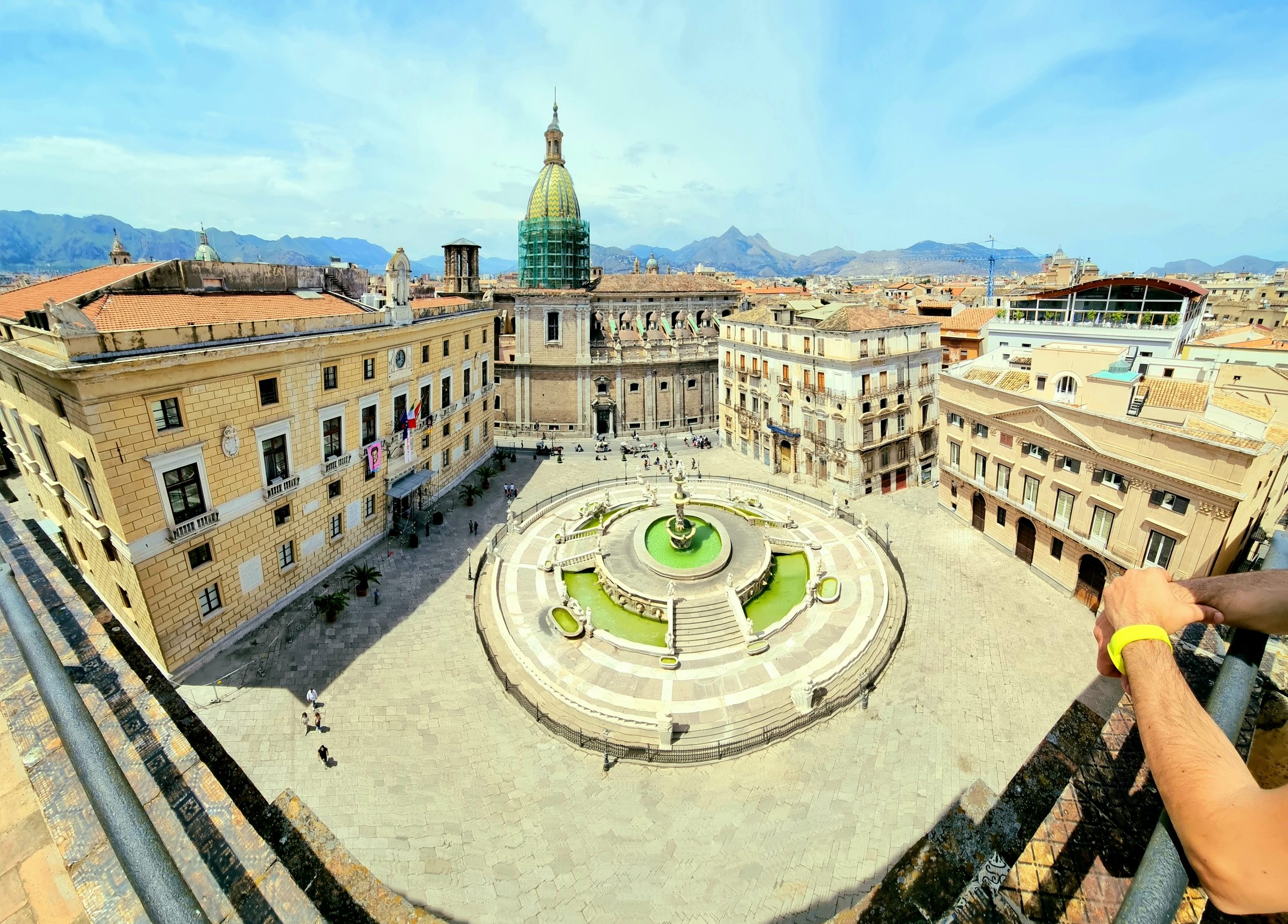 Night visits of the dome of Santa Caterina: every Friday and Saturday in August.

Thanks to the RestART Palermo festival you can admire the historic center from above even in the evening, from 19.00 to 23.00. The view offered by the terraces of the church and the dome of Santa Caterina d’Alessandria is among the most evocative of the whole city. You can see the many domes of the nearby churches, Piazza Bellini with the two Arab-Norman churches (Martorana and San Cataldo), Piazza Pretoria with the fountain of the same name and many other attractions.

To book the reduced-cost ticket to climb the dome of Santa Caterina just click here and choose the day and time to visit.

We strongly recommend that you also combine a visit to the church, the monastery, the cloister and the confectionery shop.

Do not miss even a corner of this Palermo wonder! 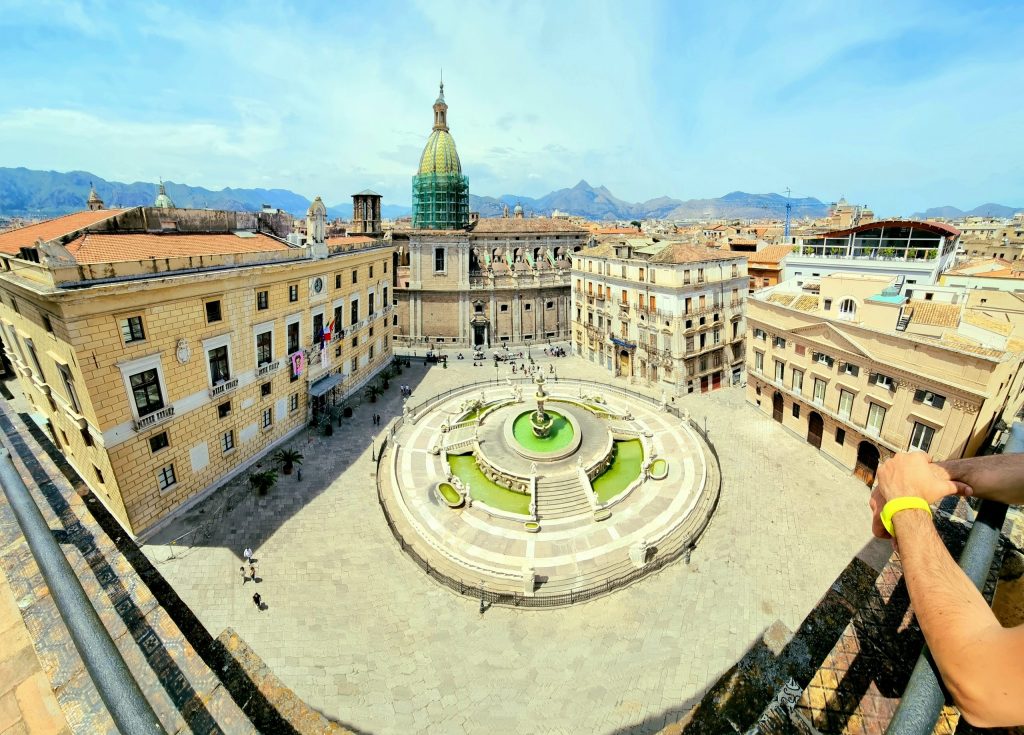 The church was founded in the Swabian era and between 1566 and 1596, when the monastery became one of the most important in Palermo, the church was rebuilt and embellished. The façade, in late Renaissance style, is characterized by two stairways that accompany the two main entrances. The interiors are beautifully adorned in Baroque and Rococo style with precious marble, wooden and silver decorations.

A side door next to the main altar leads to the cloistered monastery of Santa Caterina. Built in 1311, it was considered one of the most prestigious monasteries in Palermo and hosted nuns from the richest families in the city. This was the case until 2014, the year in which the last nuns were taken away during the night, to respect their cloistered vow of having no contact with outside people.

For some years it has been possible to visit some cells in which essential furniture is visible, consisting of very few objects. A common constant that is most striking is the long braid of hair placed inside a drawer or casket; braid that was cut at the entrance to the convent, as if to cut an umbilical cord with the previous life.

Going up to the upper floors you enter the two terraces and the dome of Santa Caterina from which you can admire a splendid panorama.

Do not forget the visit to the cloister and to the confectionery “I Segreti del Chiostro” where it is possible to taste typical sweets prepared with the ancient recipes of the nuns.

Giorgio I welcomes its guests in the historical centre of Palermo, the largest in Europe. Giorgio I is 350 mt from the central station and 200 mt from the places of historical and cultural interest. For this is the ideal destination for business trips and touristic travels. 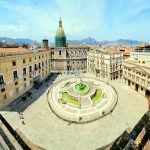